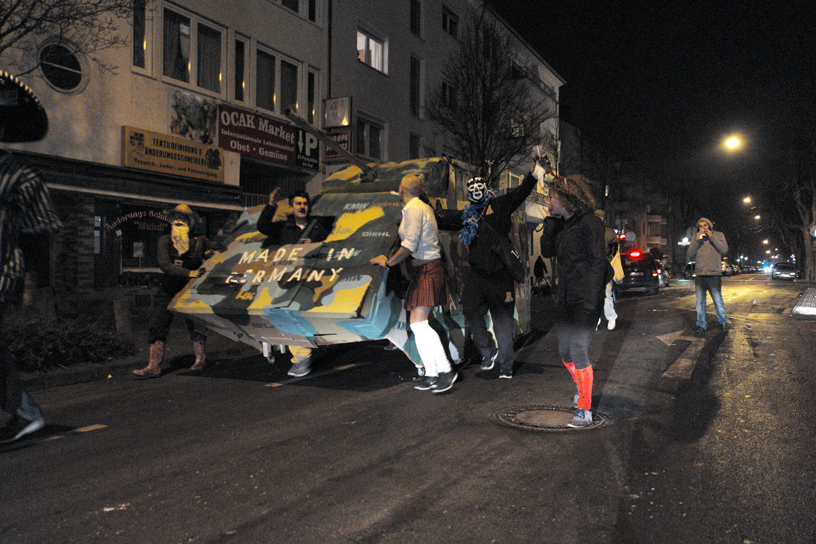 For people who have never been in the rheinische Karneval it is hard to describe what is going on. Well, you could say „costumes, liqueur, Kamelle (sweets) and somorrah“ and this is true. On the 11th of November it does start at 11:11 am and it ends 7 weeks before Easter with the main (and real) 5 days as a climax.

Normally today the „clks“ mentioned above are the main things, circling all the parties, parades and things you do, which you (maybe) normally would not do. Good thing, on Aschermittwoch/ash-wednesday you could burn a pupped symbolizing all the sins and you are free from all carnival „wrongdoings“ again.

Still you find the ancient heritage here and there. Women storming the city hall on Weiberfastnacht/washerwomen-Thursday (the first „real“ Carnival day) , political or social caricatures on parade wagons. You have „Stunk Sitzungen“ which are filled with critics and cabaret on everything. But how can you make fun on the politicians if they join in and make fun of themselves…?

BUT, things change. After over a decade this year a traditional reggae party was banned by the city.

Sad,… but thanks! This forced people to react and a official demonstration at the Frankenbadplatz during the main parade on Rosenmontag rose-Monday did take place. Yes, there was music AND there have been a lot of speeches reaching out to the „curiosities“ of law and order, the misfits of bureaucratic rules, the banalities of governmental decisions.

Together with the second edition of an alternative parade that took place first time last year here in Bonn, it did change the spirit a bit.

Not to forget, there has been a tank roaming the streets during the Rosenmontag rose-Monday parade that obviously put focus on one thing we Germans tend to forget so easily. Yes, we are very careful these days on where to send our soldiers,

BUT WE ARE STILL 3-4th BIGGEST EXPOrTER OF ARMS AND MILITARY SUPPLY IN THE WORLD.

Peace – made in Germany. Those who sow arms will reap refugees. 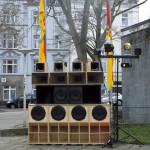