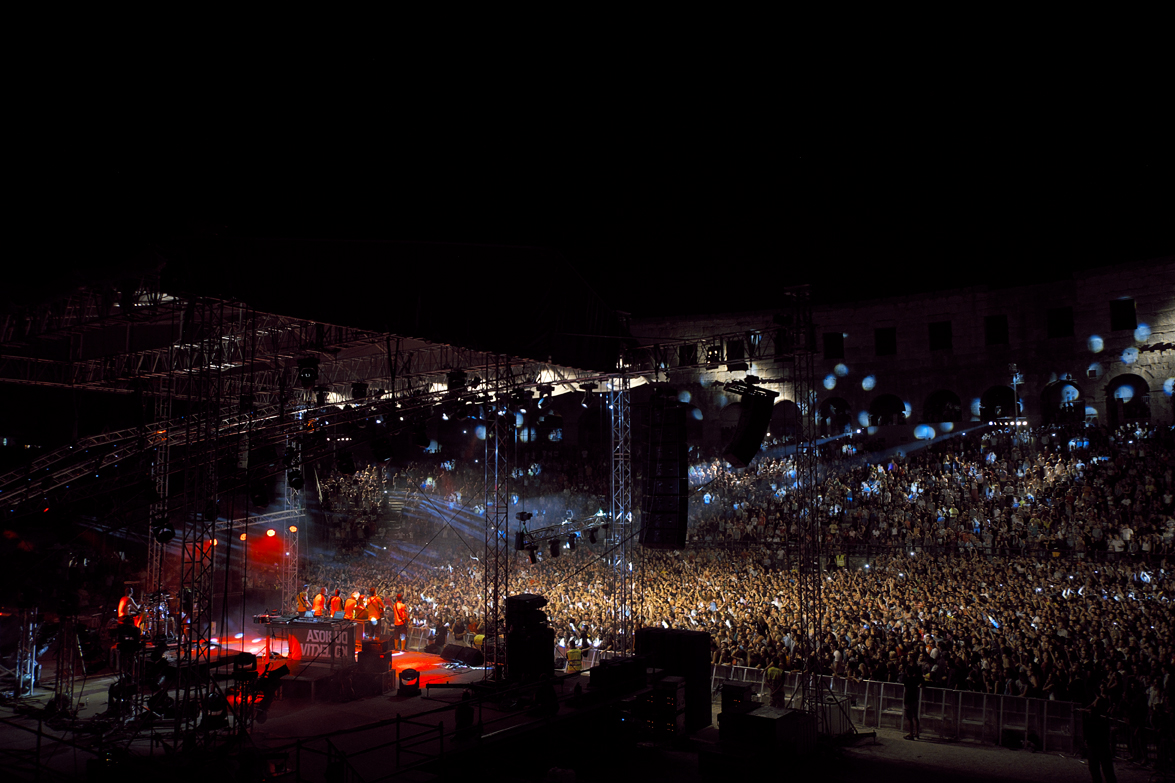 1 week ago 6 1/2 weeks ended, 6 1/2 weeks with Gorillas on tour in Germany and on balkan adventure with Ms WnM.

Being by myself a last night and not beeing by myself but beeing with some thousand Balkanians in the old Amphitheater in Pula Croatia. After a chill day at rocky Pula beach and a smooth sundowner there was no hustle getting into the arena thanks to Loging from password producions.

Neither would the Gladiators have thought of a big concert when they fought their fights some 17 hundred years ago, nor did I think that I will see a rocking balkanese concert in a roman theater when I still worked in archaeology. But here I was and it was a blast. S.A.R.S beeing a bit slower but allready making the audiance freak out

And then Dubioza Kolektiv hit, the full moon did rise and the whole stadium was chanting along the songs, jumping up and down.

The only draw back, from my side, was not beeing able to speak, understand and sing along the language. But everybody understands Rakia and how it feels to move your body and we ended up after the show with drinks, food and a jam session under the still lighting the roman ruins full moon. Thanks again a lot to the musicians from Dubioza Kolektiv and S.A.R.S for the music and Login for the invitation.