symtome of caring infront of your door – Signa 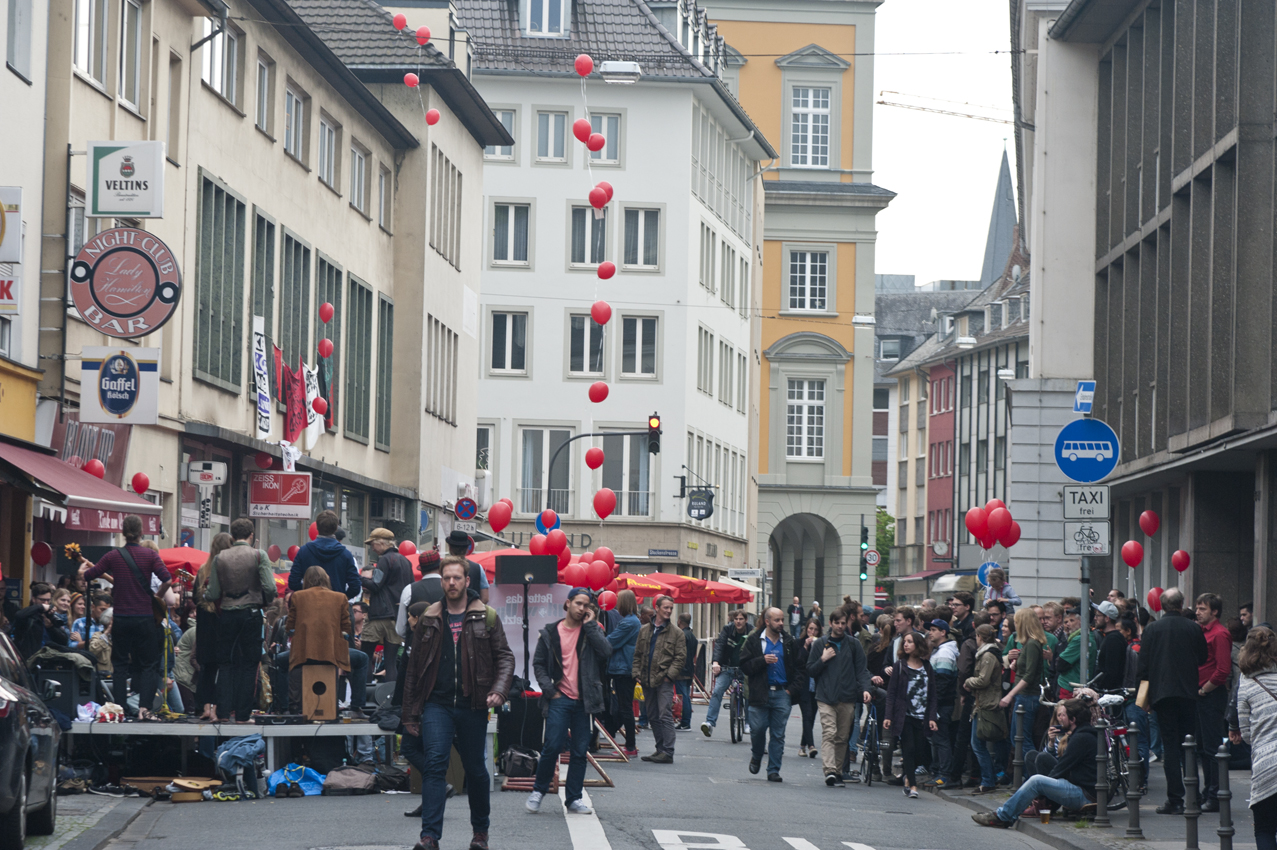 If not (by miracle) a brillinat genius surprises us with a new and supergreat idea, humas do react on signa.

Conclusion: “safetheblowup” “viva victoria” “LIZ-occupation” and also the far away, in a country on the other side of the big mountains “Kaufhaus Bozen” do react on a Signa.

And it seems like the Signa is not totaly welcome around. Shopping in big malls is not the Signa of daily interest, for shure not if there is rumors that reconstructing a whole neighborehood does go along with some rather dirty spitting in the handshakes.

How come some people did know 5 unofficial years before that the victoria Caree will be in the talks for remodeling. Supposingly the german bank does rate people working at the building authority with a similar security rating as terrorists, concerning the monitoring of their bank traffic…. and the authority in Bonn seems to have a very bad reputation.

But thats all rumors.

Fact is, a lot of people do stand up against a moneyhungry change of the face of the city and rather come up with own ideas…..

Here are some pictures of one of the last contra Signa events with a pro for brains on new signs. The Bluemchenknicker on stage

Previous post May I May dance first at Oscar Romero?

Next post the magic of analog – timetravel to egypt
Total: